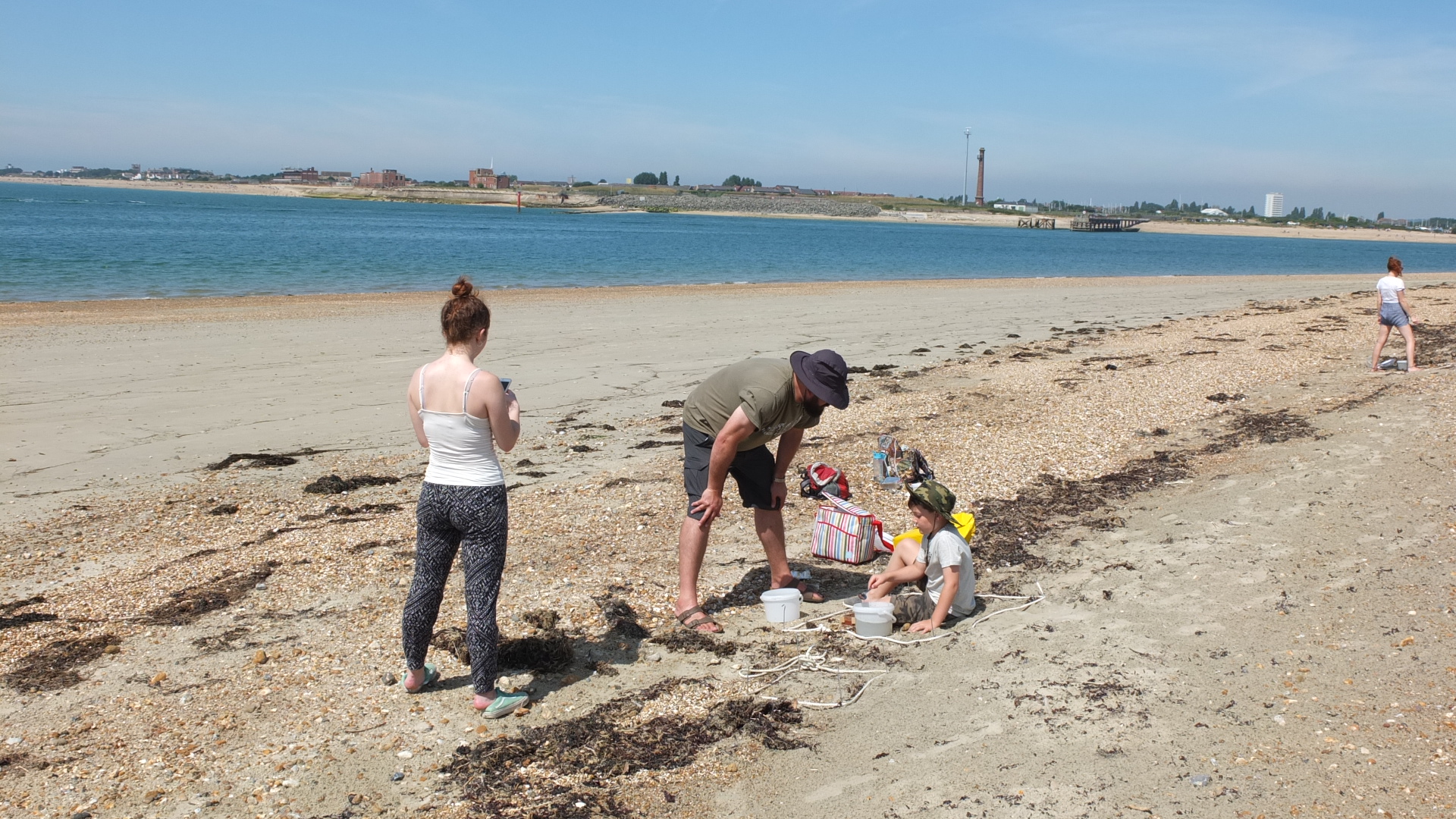 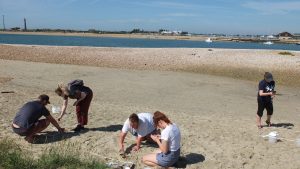 On Wednesday the 24th of July the Just One Ocean team and nine volunteers headed to Hayling Island, Hampshire, to conduct a Big Microplastic Survey. On a previous visit we noticed a highly contaminated area, so this was our chosen site to survey. When we arrived there however we noticed the previous nights storm had covered the plastic with a layer of sand. Regardless we surveyed this site and found a large volume of plastics in our samples, the majority being nurdles! Second, we surveyed along a strandline further round the beach, shaking out the seaweed to release the plastics. Here we found a lot less nurdles, and a higher majority of small expanded polystyrene pieces and balls. 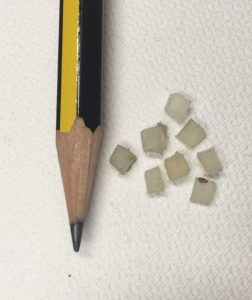 Interestingly, we found a lot of cube shaped nurdles which are not commonly found. The reason for all these nurdles accumulating in one place is unknown.

Before starting our survey, we found a plastic lid from an old style tube of smarties, the packaging that was discontinued around 15 years ago in favour of cardboard hexagonal tubes. This means that this piece of plastic is likely to have been in the marine system for around 10 years. The item was still intact and in pretty good condition, making it so recognisable, highlighting the speed (or lack of) at which plastic breaks down and its longevity in the ocean. 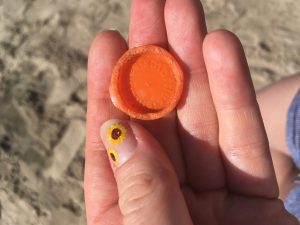 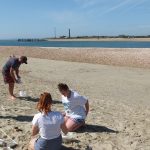 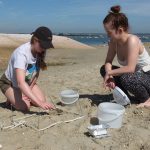 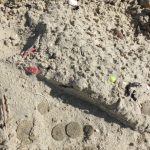 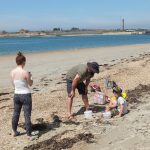 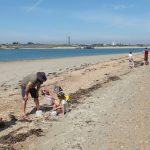 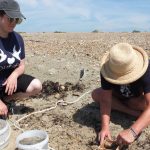 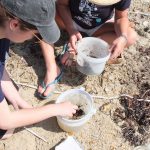 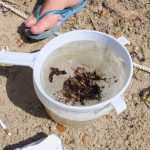 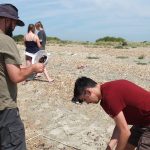 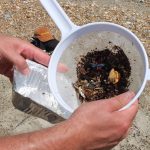 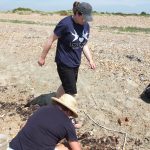 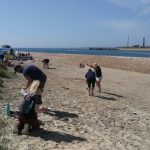 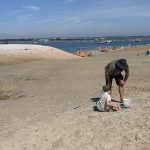 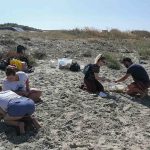 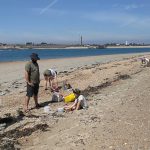 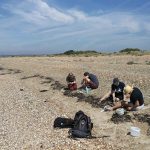 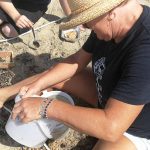 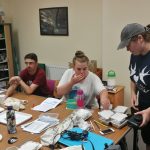