Microplastics have become a concern in recent years as they pollute the marine environment, enter food chains and potentially impact human health. Defined as particles of plastic less than 5mm in diameter, this research explores the understandings of these pollutants in a specified location- Langstone Harbour, Hampshire. There are relatively few studies which focus on perceptions of microplastics, and none which examine Langstone Harbour. This study has found there to be a good understanding of the issue of microplastics in Langstone Harbour, however recreational users see there to be issues of greater importance in the harbour, such as water quality and littering. The study addresses how managing microplastics in one location is a challenge and addresses other ways to manage and raise awareness of microplastics.

Langstone Harbour is located between three linked harbours on the southeast coast of Hampshire in the Solent, with Portsmouth Harbour to the west and Chichester Harbour to the east. The Harbour holds importance for its number of environmental designations, which include being a: Ramsar Wetland of International Importance, a Site of Special Scientific Interest (SSSI), Special Area of Conservation (SAC), Special Protection Area (SPA) and Local Nature Reserve (LNR). Due to this the Harbour’s wildlife and habitats are of national and international importance.

The Solent has a high propensity for plastics, plastics in the form of microbeads and plastics broken down from larger forms. Research carried out into the Solent region found significant quantities of plastic within the Solent estuarine complex. Key local sources such as wastewater treatment plants and the plastic industry were identified as being major inputs of microplastics.

The research design used a mixed method approach, combining qualitative and quantitative data in the same study. A questionnaire was carried out by recreational users of Langstone Harbour, along with 5 semi structured interviews with professionals whose work relates to Langstone Harbour. Results were then analysed to identify key themes.

Perceptions of microplastics in Langstone Harbour 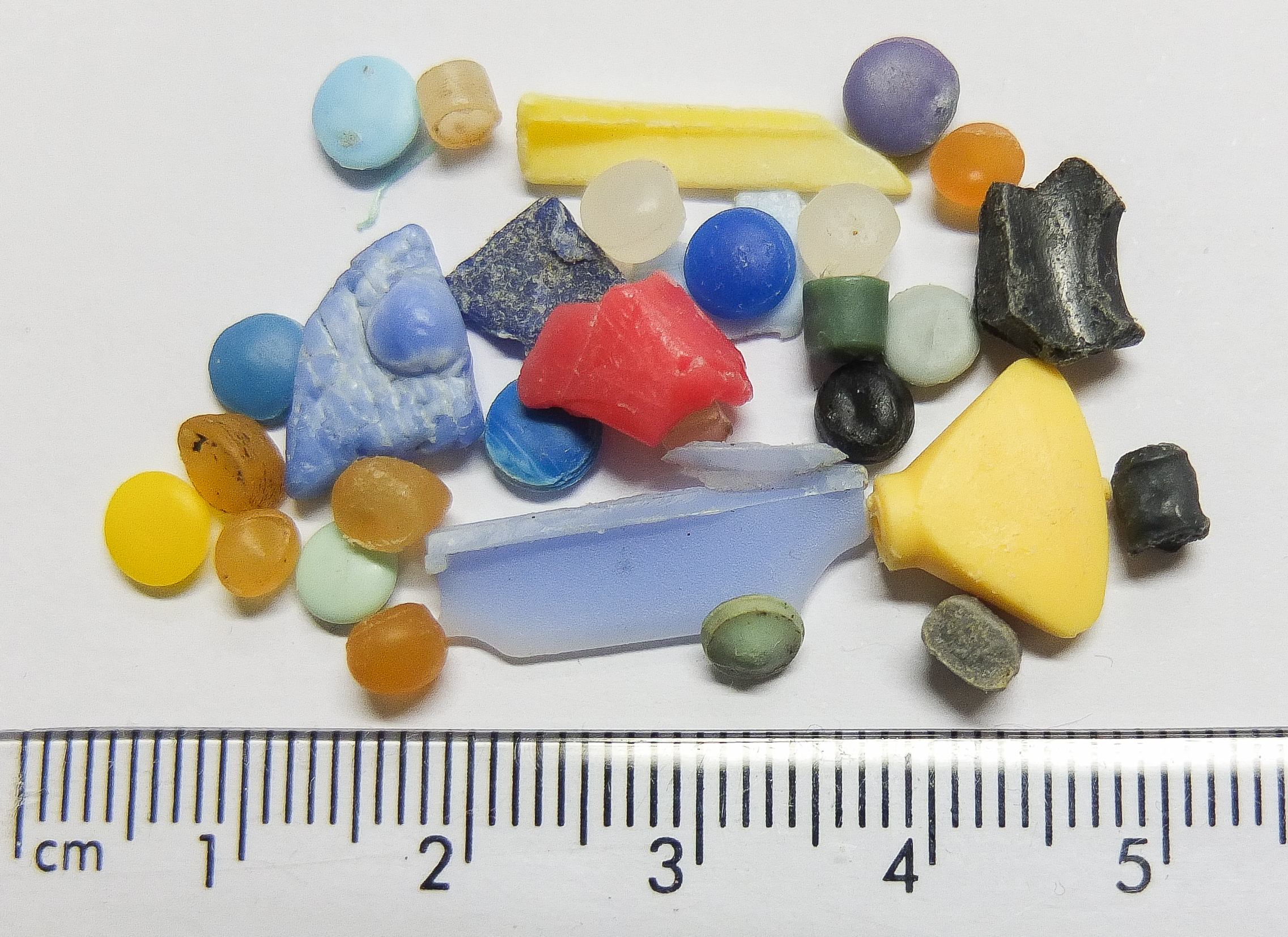 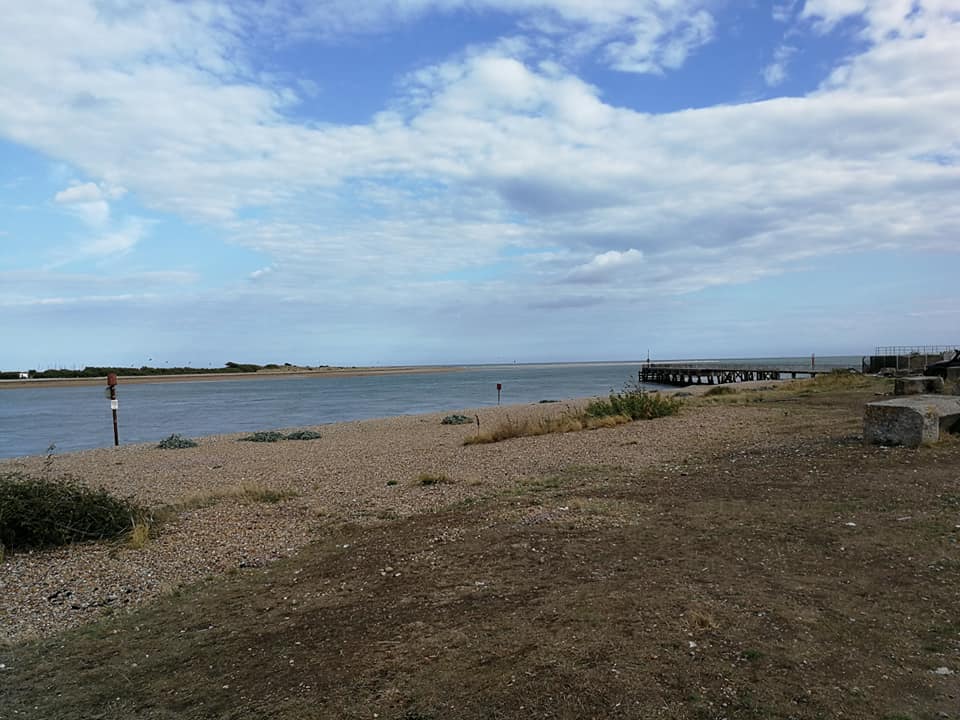 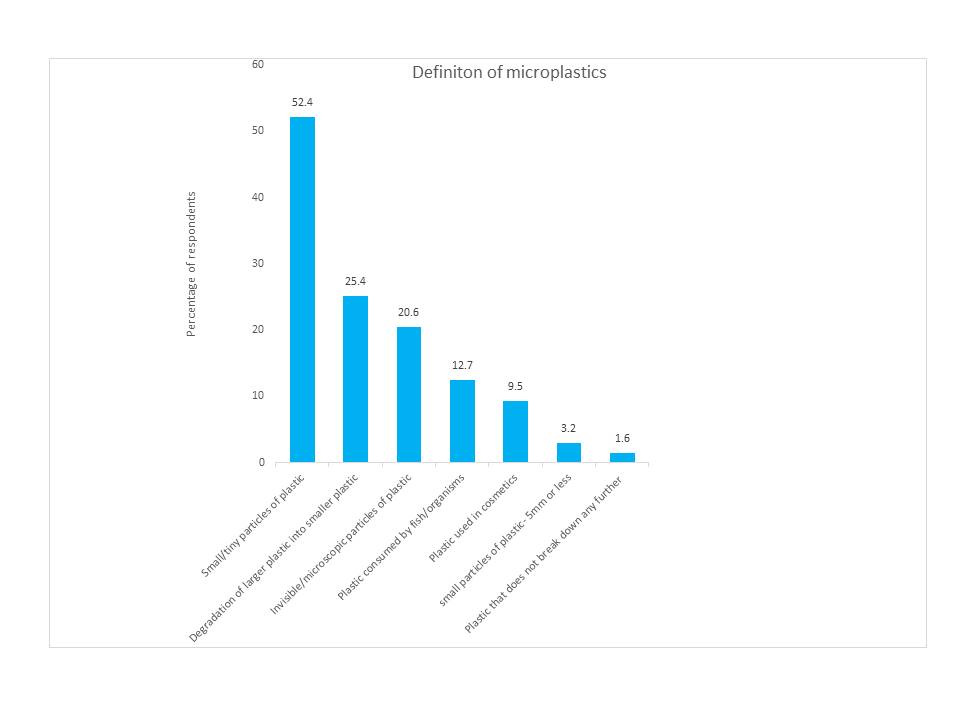 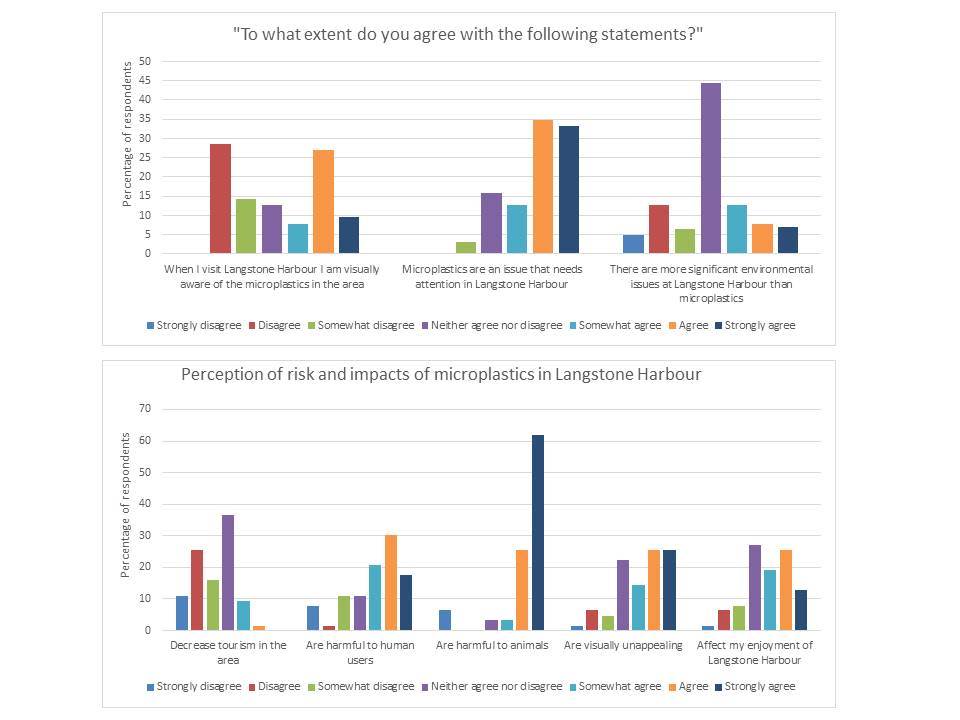 Questionnaire respondents were asked to rank what they believe to be the top three environmental issues at Langstone Harbour (Figure 4). Microplastic pollution ranked third overall, coming after water pollution and litter pollution (macroplastics rather than micro). The questionnaire asked respondents if they had any other comments or observations, they would like to state relating to microplastics at Langstone Harbour. Issues that came up included: fly tipping, discarded fishing gear, noise pollution i.e. from jet-skiers and lack of rubbish bins. In addition, sewage was brought up as an issue, such as Pollution by Southern Water is a far bigger issue and Southern Waters discharge of raw sewage should not be allowed. The sewage issue was also commonly mentioned in the interviews, with three out of five interviewees acknowledging it. For example, I know we have a nitrate problem in the Solent, raw sewage can go out and the implications that come with eutrophication and, also sewage is a massive one [issue]. One interviewee stated there’s a lot of water sports users who go out, they are continually reporting being unwell from that [sewage]. 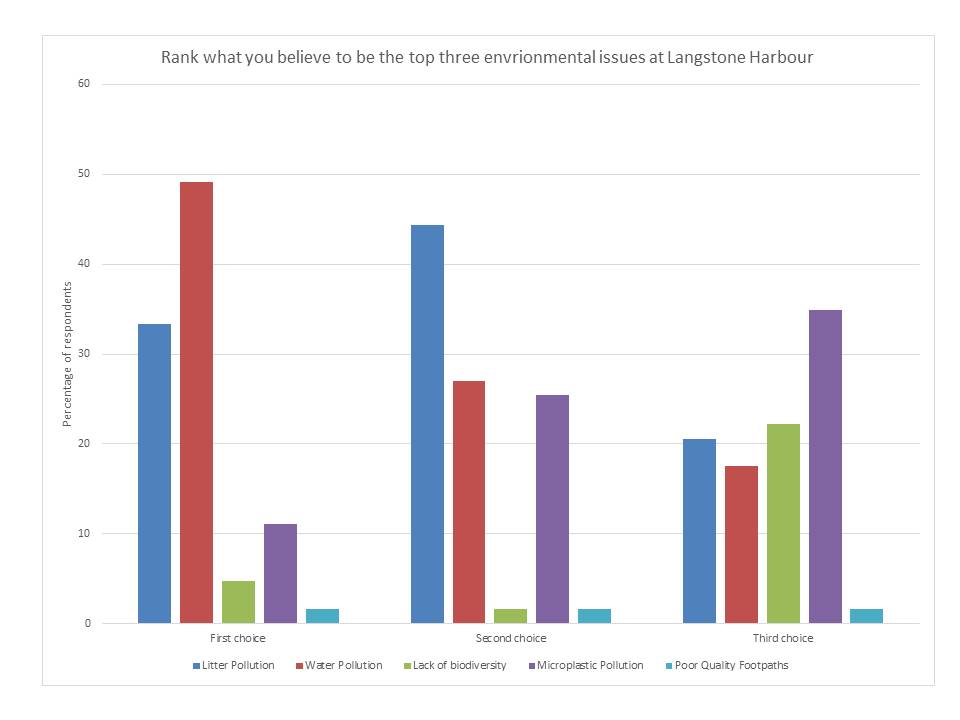 82.5% of survey respondents agreed that more should be done to tackle microplastics in Langstone Harbour, with the other 17.5% stating they were unsure. It was asked how the general public could be informed or educated on microplastics in Langstone Harbour (figure 5), respondents could tick as many options as they felt were applicable. The majority (93.7%) stated education in schools. Previous studies have stated that incorporating ocean education such as pollution and waste management issues into school curriculums could be extremely valuable as by targeting youth habits, practices can be adopted that may indirectly involve ocean protection, e.g. choosing alternative products or practising efficient waste disposal. Notably, none of the interviewees mentioned education in schools as a method of informing on microplastics. Signs at the harbour was the next most popular option from the questionnaire. Interviewees also stated on the importance of signage when informing the public on microplastic pollution. For example, I guess there’s lots of notice boards around, it could be through that. However, one interviewee, who is the commodore of a sailing club in Langstone Harbour, stated that the general public don’t seem to read things in general, as  the interviewee said signs are often ignored in the harbour, for instance those informing of a private slipway. Interviewees spoke of local newspapers, social media and litter picks all being able to raise awareness of microplastics in the area. 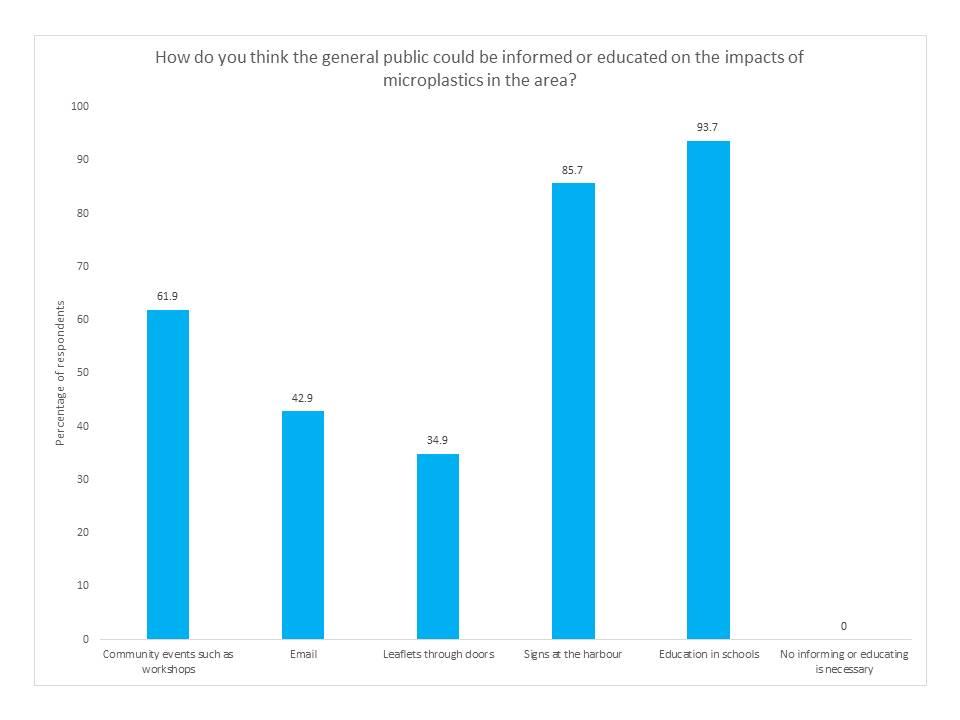 It was a common acknowledgement that it is difficult to manage microplastics in one specific area. A recurring theme throughout both the interviews and the questionnaire was the consensus that microplastics are a worldwide issue and therefore need managing at a higher than local level. For example, I think what needs to be done is there needs to be serious talks with companies further up the chain, the ones that it is coming from. There needs to be national and international ways of getting these out of the environment. As well as questionnaire respondents stating I didn’t realise it was a particular issue in Langstone- I thought it was more worldwide and This is a much wider issue than just Langstone. This is supported by 82.5% of questionnaire respondents strongly agreeing that microplastics are a global issue and 79.3% strongly agreeing that microplastics require global action. A means of informing the public on microplastics that was mentioned in both the questionnaire and the interviews was the power of television and well know broadcasters such as David Attenborough in being able to raise awareness of environmental issues.

It is not always appropriate to attempt to manage microplastics in one specific location as they occur in oceans worldwide and need to be managed higher up than just at a local level. Local management can take place through attempting to control the litter problem in general. However, this does not specifically target microplastics, but it is these larger plastics that will eventually break down into microplastics and pollute the harbour. Along with management, awareness can be raised of microplastics through methods such as education, litter picks and The Big Microplastic Survey. By raising awareness locally people may be inclined to change their behaviour towards their plastic consumption and disposal to better protect their marine environment, both locally and globally.